I have lived my entire life in the West.  By that I mean, the western half of the United States. After marrying (twice) into eastern familes and spending a good deal of time traveling along the eastern half of the country, I’ve concluded many people just don’t get the west. I also find many people outside of the United States are genuinely confounded by Americans, and especially westerners.  Here’s my attempt at explaining the west and its people.  Before I do I feel the need to put some caveats on it.

The west is not homogenious.  If you live in Seattle or San Francisco there are aspects of being “a westerner” that are quite different from Yakima or the planes of Wyoming.  My thesis, however, is there are core threads of an ethos and outlook that is common to people of both regions.

My view is limited.  Geographically I grew up in a track home in Orange County (south of Los Angeles).  I spent nine years in the north central valley of California (“norcal”) in a college town (Davis).  Then thirteen years in the city of Seattle.  Finally for the last couple of years I live in rural Washington (Whidbey Island) but still commute to work in Seattle.  Time wise, I’m 41.  I feel like the world has changed a lot in my “concious time”, but surely someone who is 61 or 81 will have experienced a greater breadth of change.

My view is not that limited.  I’m equally at home in the grit of the city, farm country, the desert and along the ocean.  I’ve traveled all over the west and a good part of the world as well.  I feel like I have something to say on what the west is all about.

With the caveats out of the way, let me address what I feel are some guiding ethos of the west.

The West is vast.

The western half of the united states really is big, and compared to the east, mostly sparsely populated.  You can leave Seattle and within an hour start walking into the wilderness and see no one and experiene no man made structure or presence of any kind, for days on end.  The same is true if you head east from Reno, Pheonix or Albuquerque; west from Denver, Cody or Missoula.  This still untamed land is the heart of the west.  Few now will set off into these wilds for longer than a weekend.  Fewer still leave their cell phone behind.  But the wild land is there, ready to receive us when we are in need of some place to study our own soul.  In the east and throughout much of Europe and Asia I’ve never felt the same ability to escape; maybe I just havent been to the right places, but more often than not a cafe is at the end of the trail.  A friendly voice switches from German or Dutch to English to greet me along the way.

This is perhaps the least well understood characheristic of the westerner and of Americans generally.  In the 1800’s, moving West was not a decision people took casually.  Moreover, it wasn’t as if you went west because things were working out for you.  While some wealthy and successful individauls went west hoping to become more wealthy and more successful, most everyone else did so precisely because their life in the east wasn’t going so well.  One can only imagine the conversation between husband and wife went something like this:

“Hey babe, we just aren’t making it here.  It’s been three years now and we are still living with your parents.  I’ve heard about this place, they call it South Dakota.  Land is free!  They say all you have to do is spread seed on the ground and it will grow strong from the sweet smelling rain and shinning sun.  The Smith’s are headed there next month and we could join them.  We have just enough saved up that we could make the journey.  I know a guy with a wagon he wants to sell.  We could take your daddy’s horse.  We’d pack everything we need to make a fresh start, a new life there.  I really think we can be successful there.”

“I hear there are indians out there?  And will I ever see my family again?”

“Sure babe, of course we’ll be back to visit.  And don’t worry about the indians.  Trust me.”

And so they went.  That’s a whole lot of gumption.  To put that in perspective, imagine if you were having trouble finding a job out of college and you decide your best choice is to sell everything you own, buy a tent, a rifle and a few hundred pounds of canned food and head to the far north of Alaska.  The federal homestead act expired in the 80’s but the state will sell you a chunk of land for less than the price of a used car.  There’s no fear that fellow humanoids will come marauding through your camp, becuase hey, you really did steal their land, but there’s some hefty size bears that will be non too plussed to see you.

Actually, that doesn’t sound half bad to me.  And there in lies my point: that spirit of being able to gather together everything you need for the rest of your life, pack it all up and head into the great unknown lives on in the west.  It is passed down from generation to generation, and while it is surely diluted over the past couple hundred years, there’s enough of it left that it still profoundly shapes the culture and politics of the west.  Most of us will never up root our physical lives in the way our ancestors did, but many of us will use that inner spirit to perform similarly challenging pursuits.  I believe there’s a reason Silicon Valley is in the west.  It takes people with gumption to quit their jobs and bet everything they have on some new online venture.  And to do it over and over again until they finally succeed.

Come as you are

The west is full of people not like you.  The west will make you question your prejudicious.  That girl with the full body tattoo and blue hair?  She works for Amazon running operational security.  At home with her friends she likes to bake huckleberry pies and run tough mudders.  That dude in the business suit isn’t a wall street type, he sells used cars and goes to a new-age baptist church on the weekends.  That person who you can’t quite pin what gender they are, despite the foot high rainbow mohawk, skull rings and knee high boots, ordering a triple espresso and a brownie at the coffee shop?  Amazon again. Has two pugs at home, a boyfriend of five years and a girlfriend of ten.  Don’t worry if your mind is blown, keep reading.  If you want to survive out here and be happy you have to be comfortable breaking bread with all these folks.  And you know what?  They are all pretty cool, just ask them a question. 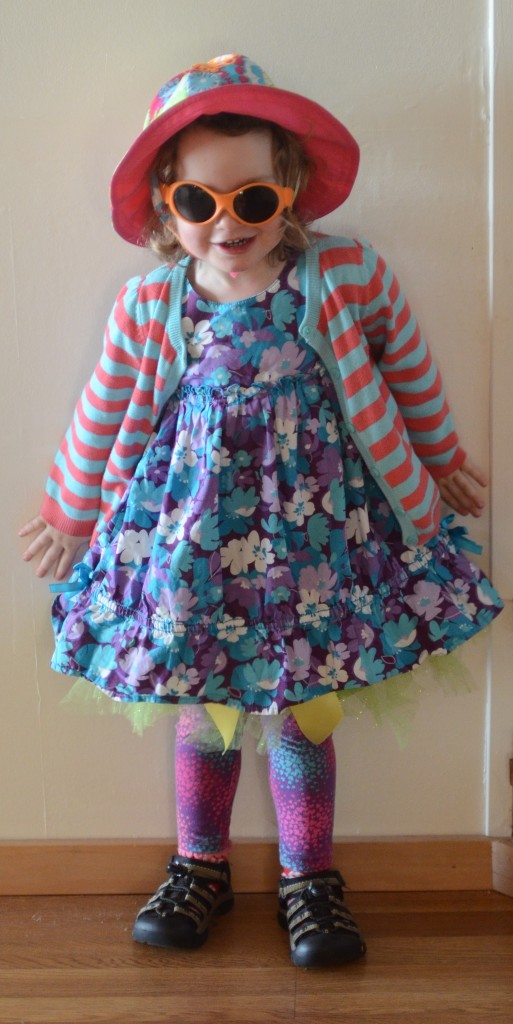 A friend of mine once described the east coast to me thusly: “Suppose your kid sucks at baseball, so the little league coach benches him all season.  You know your kid isn’t any good, but hey, he’s your kid and you’d like to give him that experience of actually being in the game.  On the west coast you can go talk to the coach and they’d say, sure, we’ll put him/her in right field for an inning, no sweat.  On the east coast the coach would tell you to ‘Go form your own league!'”  To me that story has summed up a lot about the west.  After all it’s just a little league game.  Why not let the kid play, is it really that important?

And there in lies the west.  It is a place where you can still disappear into nowhere to find yourself, a place colonized by riffraff that has left behind a sense of adventure among us, and a place accepting of you in all of your strangeness.  Sounds awesome right?